It is no secret that actors make a lot of money. While female actors don’t make as much as men in many cases, top female actors still make a great living since they generate a lot of revenue for movie studios. This infographic from CashNetUSA visualizes the highest grossing female actors in each state: 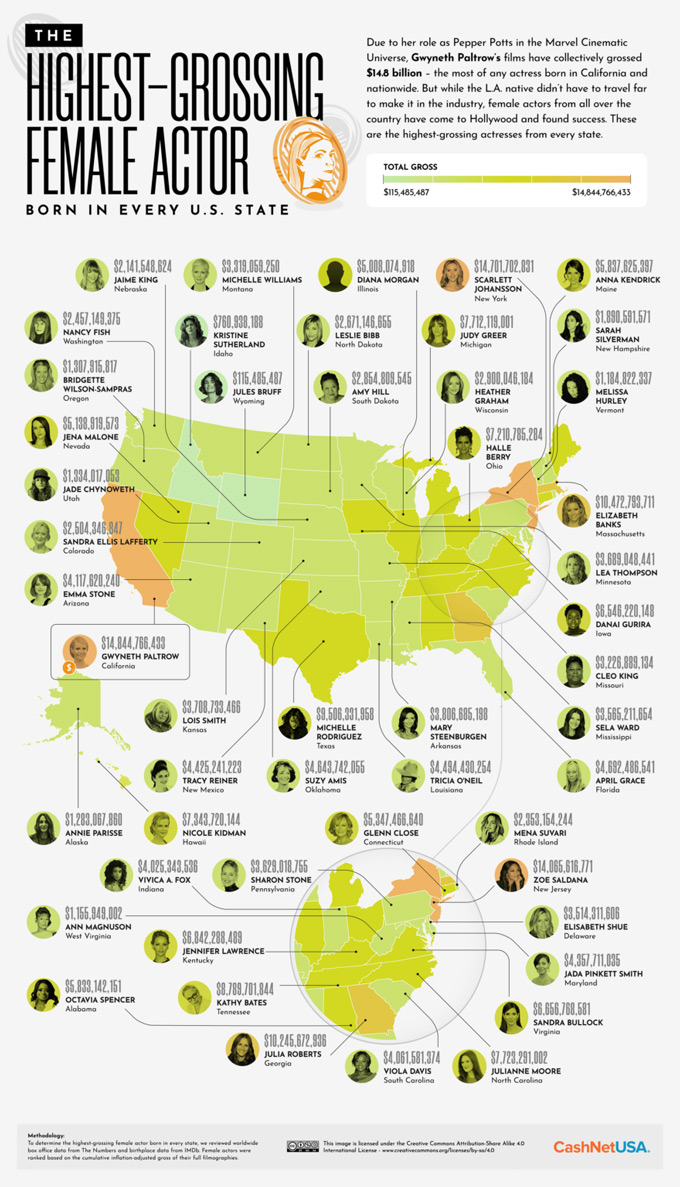 *Disclaimer: Our articles may contain affiliate links. Please read our disclaimer on how we fund this site. As an Amazon Associate, we earn from qualifying purchases.
You may also like...
Related Topics:actor, money

What Makes a Good Streamer? [Infographic]

40 Baking Tools & What They Are Used for [Infographic]

Where Around The World People Pay the Highest Cell Phone Bill?

Being a Mom & Student: 14 Tips [Infographic]

10 Ways to Cut your Energy Bills This Winter