You can count us as skeptics when it comes to this whole 2012 thing. The world did not end in 2000 and won’t end in 2012. But there are some smart folks who actually believe what they claim about 2012. Whether you believe in the Planet X or consider December 21st, 2012 to be the beginning of the new era, you may want to check out this brilliant 2012 infographic.

You may also want to see: 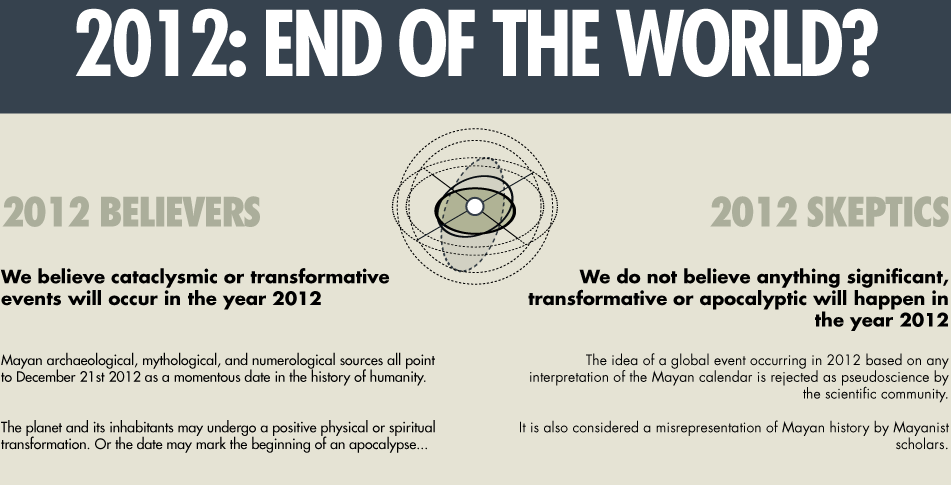 Continue Reading
You may also like...
Related Topics:2012, end of the world

5 Facts Which Outline The Value Of SEO [Infographic]

The Science of Sleeping [Infographic]

The Definitive Guide to Sushi

Wine Descriptions & What They Mean

Those of you who watch nature and science programs regularly know some deep-sea creatures can be quite interesting and strange...

Surfaces of Planets / Moons We Have Explored

When it comes to space exploration, we are just getting started. Even though we have been to the moon and...

History and Future of the Gig Economy {Infographic}

The gig economy is here to stay. Gig workers are expected to outnumber traditional workers by 2021. This infographic from...